How to Improve Running Without Sacrificing Strength

Functional fitness typically attracts two groups of people: those who like to lift weights, and those who like to do cardio. So every time the coach writes up a running WOD on the whiteboard, you’re likely to hear two equally distinct responses, one cursing the gods and the other relishing the opportunity to shine. While those in the latter group might be looking at the run as little more than active recovery, the iron junkies among you know that a slow run will ruin your score.

It doesn’t have to be that way, and with the following slight additions to training, you can turn running from a fear to a strength.

Like pull-ups, running is one of those movements that suddenly makes you extremely conscious of of every ounce of fat you’re carrying. This is especially true if the run is longer than a few minutes, after a while it can start to feel like you’re wearing a weights vest. It’s not just the extra stress it’s putting on your muscles and cardiovascular system, though; that dead weight is also putting unnecessary on your joints.

Remember that every stride subjects your foot to roughly 4 times your bodyweight, making that extra few pounds you gained over Christmas ever more noticeable. Fortunately the remedy is as simple as it is effective: make better food choices. As the old adage goes, you can’t out train a bad diet.

It’s worth addressing the elephant in the room, especially as this guide is about improving running without sacrificing strength. You don’t need to be fat to be strong. It can certainly help, but it’s far from a prerequisite. If you need any reassurance on the matter, look at u90kg strongmen, barely an ounce of fat on them, yet they’re often out-lifting many men twice their size. Losing fat to make you a more complete athlete is almost always a good idea for a fitness athlete or anyone who has health and performance as priorities.

I believe the CrossFit Games have bucked this trend as of late, but outside of the highest levels of competition, many functional fitness athletes aren’t doing a lot of long, steady state runs relative to their other training. This is probably in part because they are such a nightmare for both the gym owner and competition organizer alike.

[Love to run, but hate going outside? Check out the best treadmills for running!]

As such, you are unlikely to ever come across many workouts with a run longer than 5km; what’s more likely is that you’ll instead be confronted by lots of short bursts of up to a mile. Worst case scenario you’ll be running uninterrupted for roughly seven minutes, of course most of the time it will be a lot closer to 90 seconds or two minutes. 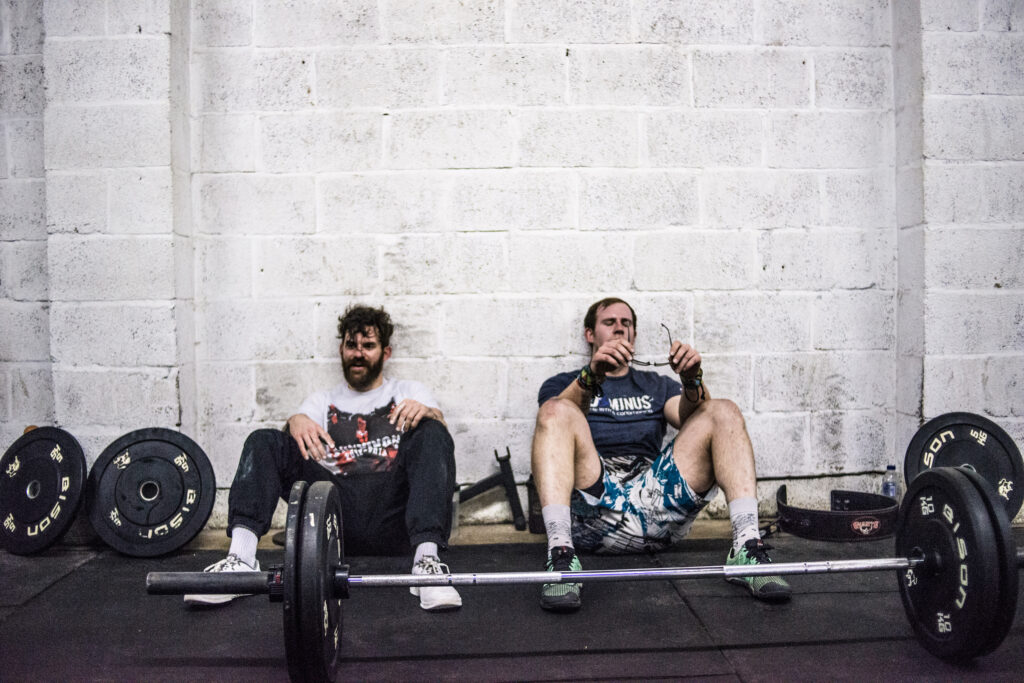 The best way to improve moving fast is to practice exactly that. It doesn’t have to be a lot, to begin with just one fifteen minute session will yield results.

Add ten meters to the length of each set every other week until the distance of your final set is 70m. A word of warning if you haven’t sprinted since school, then you might want to take a little longer to warm up and get the body firing. Otherwise you might find yourself with a nasty hamstring tear.

The better a runner someone is, the more tired they tend to be after a sprint. As counterintuitive as it sounds, all you need to do is keep an eye out the next time “Murph” is written on the whiteboard. After the first run and bodyweight work has come to an end, watch out for the difference between the experienced runners and the rest on that final mile.

The less experienced runners will often call time looking tired and worn down but barely out of breath. On the other hand, their more experienced counterparts will seem more on the brink of death. On the surface this looks like one group simply working harder, but that isn’t necessarily the case. Instead it has to do with your body’s nervous system and it’s ability to push through fatigue on a unfamiliar movement. Research has shown that if you’re unfamiliar with a movement, then you won’t have the sufficient coordination to put down the power you need. Especially when you’re tired, leaving yourself plodding along, unable to command your legs to go faster.

Fortunately this is impossibly simple to rectify; it just takes more running. But instead of dedicating your weekends to hitting the trails or signing up for a 10k, you can make huge improvements by just adding small runs into your daily life. It’s a concept known as greasing the groove, where you practice a movement as much as possible without ever pushing it near failure.

These don’t need to or even want to be long planned runs. Instead they want to be short opportunistic runs, to the shop, to the gym or to work, anywhere that is feasible and within a couple of miles is a perfect opportunity. I appreciate that not everyone has a place for this groove runs, if this is you then make do with 20 minutes before or after the class to get a few laps in, just as you would with any skill work. These easy everyday miles, both sharp tune your nervous system firing while simultaneously gently increasing the amount of time spent on your feet. Bringing us nicely onto our next point.

The importance of spending more time on your feet might sound more like the sort of propaganda a standing desk salesman might spew than running advice. I read in one of Charles Staley’s books that Russian Sprinters weren’t allowed to start running until they could jump from a 10ft ladder onto concrete without injury. He credited this as nothing more than a rumor but there’s an important message hiding within the tale, your feet like the rest of your body are supported by tiny stabilizing muscles. The difference between your feet and the rest of your body though is that in general we neglect our feet, instead strapping them into overly supportive shoes or just by sitting down for the majority of the day. To build those muscles back up we just need to train them, like any other muscle with a combination of volume and heavy work.

The volume work is easy, walk and stand as much as possible. Barefoot if you can, if not, minimal or flat shoes like Converse are a brilliant alternative. The heavy part requires access to a gym and ideally a bit of strongman equipment. If you have a yoke 5 sets of 40m barefoot walks at bodyweight is a great starting point, if not you can use farmers walks or dumbbells with roughly the same weight spread across both hands. The point of these movements are not to go really heavy or to even be fast but instead to move in a controlled manner making sure each step is completely smooth and pain free. (Note when training barefoot check for sharp debris, I stepped on a nail with 80kg a hand on farmers walks and it hurt).